In mid-September 2016 Romanian hacker Guccifer (aka Marcel Lazăr Lehel) wrote Fox News a letter in which he said:

“Hillary Rodham Diane Clinton is one of the high priests, a goddess of this occult, satanic, shadow group. One must see their evil and profoundly corrupt nature to understand what I am talking about.” 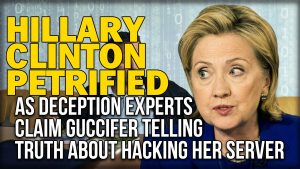 For the roots of the emerging revelations on Hillary and the occult, see the book that started it all: The Occult Hillary Clinton ONLY $2.99 at Amazon!

More on this story:
http://www.infowars.com/flashback-hillary-labeled-high-pri…/